Here is a recap and Christian Andreacchio update 2021:

On February 26th, 2014 Christian Andreacchio left his job to go home and break up with his girlfriend Whitley, after he found out she was cheating on him. He called Dylan, a mutual friend of theirs to come pick him up and bring him home. Christian arrived at home at approximately 11:23 AM and at 4:44 PM Dylan called 911 to report Christian had committed suicide. Christians last confirmed communication to anyone besides Whitley and Dylan was a phone call with his mother at 7:45 AM.

Join our Murder of Christian Andreacchio Facebook group to stay up-to-date on his case. You can also follow us on TikTok for more on Christian and other true crime cases.

Since the Culpable podcast in 2019 many things have happened in the case of Christian Andreacchio. The case file was released to anyone who asked for it with a FOIA request. Everything in the file including un-redacted personal information and autopsy photos were released.

However, it’s not what was in the file that later became important. It is what was missing from the files that sheds light on some shady business going on within the justice system.

It was discovered that the case file that was presented to the first grand jury did not include detective Arrington’s narratives. Detective Arrington believed the case needed further investigation and he at one point in his narrative suggested Whitley was responsible.

Since 48 Hours aired in January it took an additional 3 months for the DA to petition for a new prosecutor. She petitioned to have herself recused as well did the Attorney Generals office. The judge had granted the DA’s recusal however he did not grant the AGO recusal. He ordered the AGO to investigate the case and report back to him by September 1st, 2021. 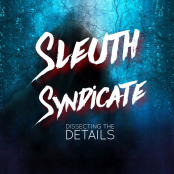